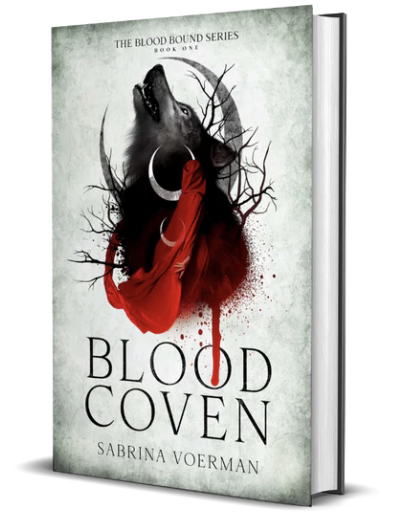 As expected on a Monday morning, the clinic’s waiting room was crowded. There were a few old couples who were quiet, with the wives generally reading and the husbands looking around or watching TV. But the bulk of patients were mothers and children, of whom few were quiet. The younger ones would start to run and laugh before their mothers would order them to sit down and hush, often trying to get them to read one of the many children’s books in the reading rack. The secretaries and nurses behind the glass partition were louder, with a constant stream of phone calls, patients checking in and out, gossip, and laughter.

The door to the waiting room opened and in walked a Hispanic girl of about 16 who held the door open for an elderly, hunched-over, Hispanic lady slowly walking with a cane. The old lady wore a brightly-coloured dress and smiled when a little girl ran by her. The teenager had one gentle hand on her companion’s arm while guiding her to a chair. After easing her into the seat, the girl went to the check-in window.

She told the secretary she and her grandmother appeared to have the flu. The young lady seated on the other side of the glass turned to smile at the old lady, who smiled back.

“Here are some forms you need to fill out, and we’ll need your insurance cards to copy, please,” the secretary requested.
The cards were traded for clipboards with many forms. After helping her grandmother to walk to the ladies’ room, the granddaughter sat down and completed both sets of forms before returning them to the secretary, just in time to help her grandmother get back to her seat.

The grandmother and granddaughter rose and walked to the nurse, who held the door for them.

The nurse led them down a long hall. At the first open door on the right, she turned to the old lady.

“A-qui,” she said loudly, and led Dioselina Garcia inside before turning to Talia.

“And, honey, you’ll just be in the room across the hall, where someone will be with you shortly.”

“Thank you,” Talia replied, nodded, and waved to her grandmother.

The nurse helped to seat her patient on the examination table. Enunciating slowly and in a raised voice, the nurse looked into the old lady’s eyes.
“Dio-se-lina Garcia?”

Mrs. Garcia smiled and nodded as the nurse began to take her blood pressure.

“Me llama Zil-lah.” The nurse pointed to herself and Dioselina smiled again.

“Muy bo-ni-ta,” the nurse exclaimed as she pointed at Mrs. Garcia’s colourful dress, prompting another smile and a nod from Dioselina.

Zillah sat at the laptop to record the blood pressure numbers, then got up to look both ways in the hall. A nurse walking by glanced into the room before turning to Zillah.
“You need an interpreter?”

“I saw Valaria a minute ago at the nurses’ station.”

“Okay, thanks, I’ll get her.” Stepping back into the room, Zillah looked at Dioselina and raised her voice again.

The nurse quickly walked down the hall to the nurses’ station, but couldn’t find Valaria. She then hurried to the administrative section, but didn’t see her there either.

“Is Valaria or Bianca nearby? I need an interpreter in Room 12.”

“I haven’t seen either in a while,” one secretary replied.

“Me neither,” another answered.

The nurse turned around and glanced down each hall which had examination rooms. She then went to the doctors’ offices and back to the nurses’ station. Suddenly, Bianca appeared.

“Oh, Miss Bianca, you are exactly who I need.” Zillah clapped. “Can you please interpret for me in Room 12?”

Entering the examination room, the young interpreter began chatting with Dioselina in Spanish. Zillah continued taking the patient’s vital signs while asking her questions through Bianca. After checking all her vitals, Zillah sat down at the laptop, recorded the rest of the data, and asked about Mrs. Garcia’s symptoms.

As Bianca and Dioselina conversed pleasantly, Zillah envied her colleague’s bilingualism and wondered if she shouldn’t take some Spanish classes at night. How much more in demand she would be – and how much better pay she would get – if she could also speak Spanish. So many more Hispanics were moving into the area and many – especially older ones – didn’t speak English. The clinic’s two interpreters weren’t nearly enough, and it would be far cheaper for the doctors just to pay her a big raise than to hire another full-time interpreter, or even a part-timer.

Noting the ladies’ friendly banter, Zillah regretted all the enjoyable exchanges she had forfeited with patients who didn’t speak English. There’s a whole other world out there I’m missing, she mused. Why not take some Spanish courses at the community college?

And how time-consuming to ask everything through an interpreter, Zillah thought. How much faster she would be able to process patients if she were bilingual. Nor would she worry about anything important getting lost in translation.

After all her questions had been faithfully restated in Spanish by Bianca, and Dioselina had dutifully answered them all in full, Zillah diligently typed all the information for the doctor. She wanted to believe everything conveyed by Bianca was completely accurate. But how can I be certain? Zillah wondered. Bianca was born in America and doesn’t even have a foreign accent. What if she isn’t entirely fluent in Spanish?

At last, Zillah finished recording the notes and thanked Bianca. Looking them over once more, she sighed with satisfaction.

Dioselina Garcia leaned over to look at the laptop before turning to Zillah with a smile.
“You get all that?”