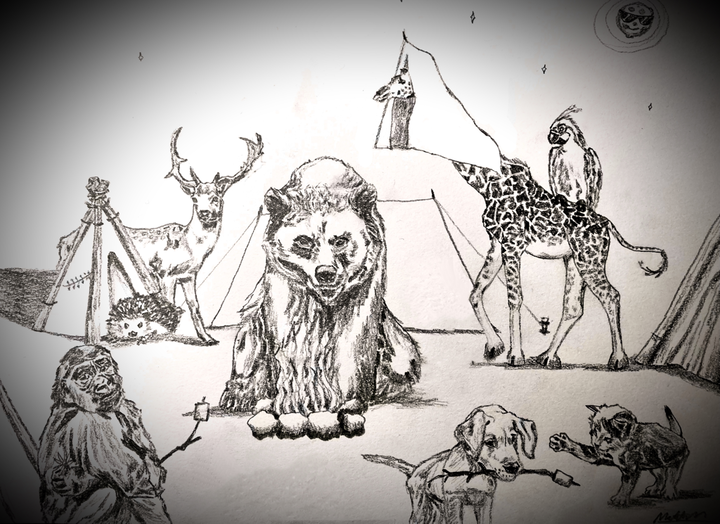 For those of you who haven’t yet read The Ancient Ones, the first book in The Ancient Ones trilogy, LIMINALITY opens with a useful run-down of what transpired before our story starts. This section is not overly long (approximately ten pages) but gives the previous novel’s general outline. There are also scenes where other characters prompt one of the characters to tell them his or her history in various ways (hypnotism, recovering lost memories, or telling their adventures for Libraean to jot down) which gives the reader a method of catching up on the first book’s events in an organic way. That said, Liminality has deeper meaning if you have read the first book.

Liminality weaves together a multitude of legends and myths, as well as gods and goddesses from the Norse, Egyptian, Greek, Irish, and even African pantheons, the biblical story of Lilith, lycanthropy, Revolutionary French history (including the story of the Marquis de Sade) and vampirism in a heady Gothic adventure. There is even a Sumerian god included in one of the battle scenes in all his macabre finery.


This reviewer enjoyed the method of framing the story which Cassandra L. Thompson used, where the tale is told from the points of view of different characters — first from David’s point of view, (who was the main protagonist in the first book) then Dan’s, then Libraean’s, and so on. This was done skilfully, with each character having their own section so there wasn’t any head-hopping, and each character’s history was revealed in a non-linear way, which allows the reader to piece together what is happening in his / her own mind and doesn’t interfere with the main storyline taking place in the “present” (which is set in 19th century London).

The plotting was also excellent, with a few surprises in character development and an incredibly emotional twist towards the end, plenty of action, drama, and complex romance.

The writing could have been improved with another round of editing. There were some typos and grammatical errors. The pace of the writing was a little slow in the beginning, but improved quickly after that.

Cassandra used all five senses to evoke a sense of place in all her settings, including aromas, and also to evoke her characters, which is a nice touch. (Of course, a god whose powers involve fire would smell of cloves and spices. What else would he smell of?)

This reviewer actually liked Liminality even better than the Ancient Ones because of the extra characters’ viewpoints and all the intricate parallels between the gods and goddesses of different cultures. It’s like a theological Theory of Everything. The book also traverses several different countries and time periods, much like the first in the trilogy did, and some of the events in the second book “rhyme” with — and often invert — some of the events in the first book… a kind of unholy mass, if you will, which is ironically fitting for a Gothic horror novel. Like the reincarnated deities within it, the book has many different guises: a dark fantasy novel, a romantic tale, and a historical novel.


Liminality will make a great read for fans of Neil Gaiman’s American Gods and fans of Roger Zelazny.

(This book was given for free as an advanced review copy).