AVAILABLE FOR PRE-ORDER. Get it on DECEMBER 10TH 2021 on Amazon and the Quill and Crow Publishing website. 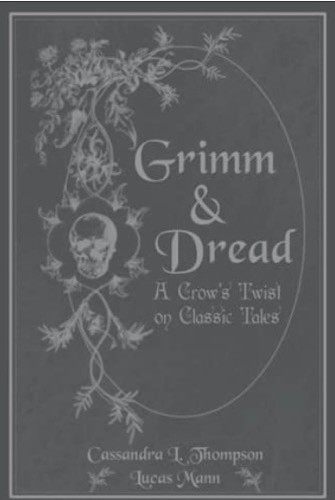 What The Earth Bore - Mary Rajotte (a Sleeping Beauty retelling)

This story is told in the second person and has a highly dramatic tone. There is interesting imagery, though perhaps a few too many adjectives slowing down the narrative pace. This reviewer’s favourite scene is the one in the forest when the two lovers are transfigured into something almost archetypal. It felt as if I was reading the retelling of a myth.

This one has a more traditional “fairy-tale” narrative voice, and tackles the subject of racism in a clever way. I enjoyed this story very much and was impressed by the author’s unique turns of phrase.

I adored the opening line to this story amongst other things, as well as the author’s use of alliteration. The story changes from present tense to past tense halfway through, which I’m not sure was deliberate or not. Briar Rose is one of my favourite characters and I would like to read more tales with her in it.

Another one of my favourites for its vivid sense of location and history, which added to the convincingness of the tale. There was one unanswered question towards the end, but as it only concerned a little detail, it didn’t detract from the overall story.

Become a Flute, Become a Spy Glass, Become a Knife - Elou Carroll (a retelling of The Singing Bone).

I liked the author’s interesting turns of phrase in this one, and how the story is split into succinct parts with enigmatic subtitles such as “Boar” and “Bone.” That contributed to the ancient feeling of the tale for me. In the opening paragraph, I was a little confused as to how many human characters there were, because it sounded like there were two, but as I read on, I realised it was only Tuomo and his boar in the first section.

I enjoyed the subtle historical details in this (for example, the bird-beak mask that doctors wore during the Black Plague, and what herbs they used to prevent breathing in bad smells).

That Which You Have Promised - Sabrina Howard (a Frog Prince retelling).

I enjoyed the bond between the two sisters in this story, and the ending was a brilliant twist. However, there was an unanswered question - how did the prince’s servant know the key he found led to the chest, and how did he know where to find the chest?

The Three Wounds - Beatrice Hadwin (a retelling of the Three Snake Leaves).

I liked the interesting use of vocabulary in this story, and the little details. I also liked how the princess’s character changes completely since being returned to life.

A Tainted Rose - Brad Acevedo (a retelling of The Seven Ravens).

This story had brilliant description, with different sensory details (smells, sounds, etc) and I think this is the first story I have ever read that seems to have its own signature colour palette. It was like reading a painting. I liked the strange being that was Argenta.

What’s In A Name - J. S. Larmore (a Rumpelstiltskin retelling).

I liked how the main character’s name was not revealed to the reader until it was revealed by some of the other characters. I also liked how the roles were reversed between Rumpelstiltskin and the princess, and then how the story expanded and moved off to a more Shakespearean, Midsummer-Night’s-Dreamish direction.

The Wind So Mild - Victoria Audley (a retelling of Hansel & Gretel).

This story is delightfully macabre and almost tongue-in-cheek. You don’t realise who the main character truly is until halfway through the story (I won’t spoil it by saying who it is), and it’s told in such a way that you can’t help having sympathy for the character. Wonderful descriptions of the effects of drought, rain, and fire.

No presence of fairy godmothers and pumpkins being turned into coaches here, thank goodness. I enjoyed this story very much, especially the scene with the crows and the hazel tree. My favourite character was Queen Henriette.

All the tales in this collection have strong characters and a range of fascinating narrative voices. It could benefit from another round of editing / proofreading.

I am voluntarily leaving a review for this book, which was sent to me for free as an advanced reader copy.
Powered by