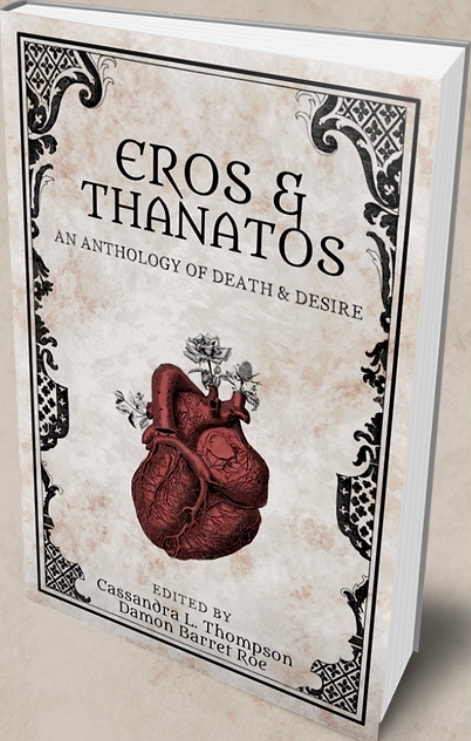 This book starts with a well-written essay by A. L. Garcia explaining how the anthology includes diverse voices, especially queer ones.


All the stories in this anthology were headed “chapter 1” or “chapter 2” etc before their titles which I found confusing to begin with.


You Again by Jeremy Megargee - The author’s voice is intriguing with poetic turns of phrase and a friendly habit of directly addressing the reader every so often. There was some telling rather than showing to begin with when explaining the boy’s feelings for the girl, and when it came to the dialogue I wasn’t always certain who was saying what as there weren’t any dialogue tags. I could tell the author had done thorough research for the historical aspects of the story, and there was a touching twist to the end.


Heart Song by Kayla Whittle - I liked the sensory descriptions of what Mae experienced and the way the author presented the characters. The sudden twist towards the ending put me in mind of Edgar Allan Poe’s “Telltale Heart.” I did feel sorry for Calan!


Memento Mori by Melanie Whitlock - This was one of my favourites for its subtle retelling of an Ancient Greek myth and its amusing interplay between the characters, as well as witty dialogue. I liked Mr Deus’s analogy between people and apples, and I loved Cora’s fiery outbursts. The description was vivid but didn’t occlude the story, which is also something I like.


Inbetwixt by Dan Dolan - I liked the frank narrative voice in this one. There was a sudden change between past tense and present tense at one point, which was confusing. I liked the setting as I have a thing about Ireland. There was an almost Holly Black-ish nature to the story, as it mixed the Fey with the “fey”.


Hostages by Rebecca Jones-Howe - I loved the quirky details, e.g. the shops on Whistler Mountain having lumps of blue de-icer in their doorways, and I also liked the mannerisms of the characters in this. E.g. when Erin brought her quartz ring to her lips and could still hear the man’s voice in the stone’s ridges. The story takes on a genuinely surprising, surreal quality, which is not something I often find when reading a short story. I liked the way the author played with themes of heat and coldness.


Blood, Apples, Blackberry Wine by Ashley Van Elswyk - This was another one of my favourites. In my head, Ora is a version of the goddess Diana, though I’m not certain whether that is what the author intended. I liked how the story took the familiar trope of apples and autumn celebrations and turned it into something twisted and sinister. It reminded me a little of “My Swordhand Is Singing” by Michael Swanwick.


A Cold Room by Newton - I liked how the author used matching colour schemes to describe the setting and the characters. I also liked how the story referenced Shakespeare’s Romeo and Juliet and the Bible, as it added a touch of realism and surrealism simultaneously. However, I would have liked to know more of Meredith’s backstory and I found the ending abrupt.


Bared Bones by Maddie Bowen-Smyth - An exorcist in a haunted house in an Old West setting. I liked this one for its unusual depiction of what was “haunting” the house and the pleasant friction between Marlene and Lola.


Caulston by Perry Wolfecastle - I liked how the story played out over several historical eras. I wasn’t sure of Giselle’s character at first — in her first scene, she seems timid and dreamy, but later on she exhibits feistier behaviour. The pacing of the story is fast, but the characters don’t have much backstory.


Faim by Megan Bontrager - I didn’t understand the title’s meaning, and I found the first couple of pages of the tale a little confusing. It was not explained who “Marguerite” was later on, but I’m not sure whether the reader was meant to know who she was beforehand or not. However, I did like the story’s tone and style. It was like a mix of The Phantom of the Opera and Bluebeard.


Lissandra by A. L. Garcia - This story begins with a poem, which was different. The characters sometimes came out with oddly poetical sentences, which I liked, though sometimes the dialogue felt laboured. The story was fast-paced, carnal in both senses of the word, and completely crazy. There was one scene that would definitely appeal to fans of The Clockwork Orange.

I received a free advance copy of this short story collection and am voluntarily leaving a review.
Powered by