Lucy in the Sty 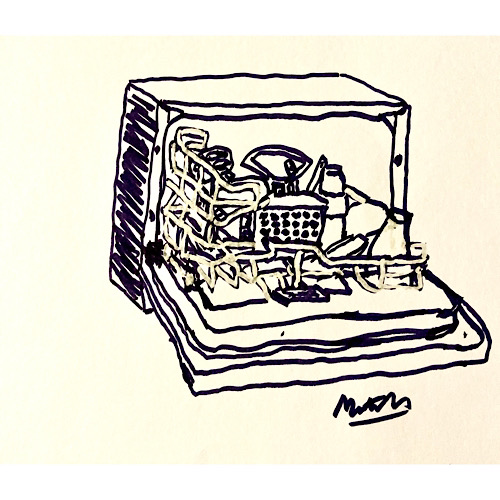 “Now is the winter of our wet cement,”

quoth Lucy in her sty with diamonds in her silk-purse ears.

Meanwhile, in a battlefield far, far, away,

Dicky Three hunched his back,

despairing at the sward

strewn with sordid, sworded bodies in his path

and cried “A hearse, a hearse, my kingdom for a hearse.”

Hearing nothing but the sounds of silence, he bellowed,

“Unleash the dogs of war. Out, damn-ed Spot and yes, you, Fido,

and you, frumious Bandersnatch.

And let no one ask who let the dogs out.”

But alas, alack, the dud plan of attack now needed a Patsy Stone.

He roared so all could hear,

and hied himself to the tintinnabulation of the belfry of Notre Dame.

Thus it was left to the immoral bard, TS (George) Eliot to record,

on a cold, bright day whan that Aprille with his shoures soote

and the clock was striking thirteen,

“This is the way the world ends,

not with a clang but a boom-tish.”